The Heroes Quilt is features on Quilt Story today!

Hey everyone....
Go check out Quilt Story.  The Heroes Quilt is featured today!!!

Check out how much the Heroes Quilt sold for last night.... 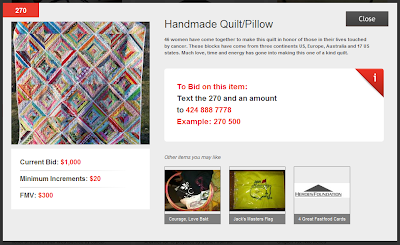 $1,000!!!!!!!!!!
I just can not explain how thrilled I am about the response the quilt received last night.  Thanks again to all wonderful ladies who made this vision become a reality.  I honestly could not have done this without you!!!
~xoxoxoxoxoxo~
(~you get extra hugs and kisses today~)
~Val
Posted by ~ Val @ PinkPlease! ~ at 2:18 PM 20 comments:

Bring on the bidding! 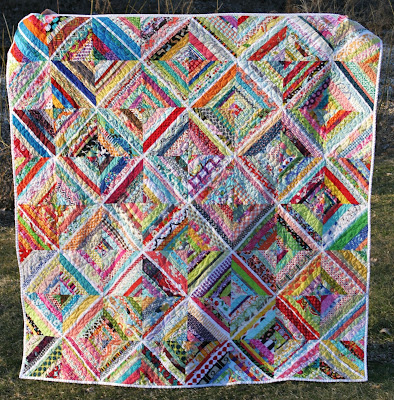 I am so excited!  I found out that the Heroes Foundation silent auction will be live to the public via the internet.  What does that mean?  ANYONE can bid on the Heroes Helping Heroes quilt!!!  All you need is texting capabilities and you are golden.

The bidding is open now and closes at 8:30pm on Saturday, February 25th.  You guys...people have already bid on the quilt!  SCREAM!!!!  Not only that, there were two friends of mine at my son's pre-school telling me that they had already bid on it.  I am so excited.

Go check out the auction site here: http://heroesfoundation.auction-bid.org/
The Heroes Quilt is item #270.

For the silent auction, I took all the cards that people sent that shows who their blocks are in honor of and put them on a poster board next to the quilt.  I hope this will tell the story of this quilt and make people want to bid even more! 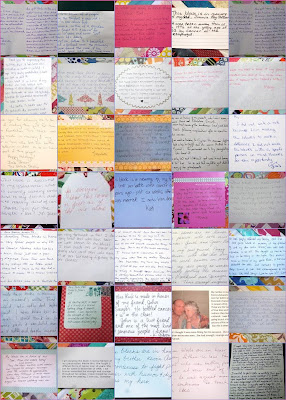 Share this news about the quilt.  If you want it and can't afford it, tell your rich Uncle to bid on it for you!!!!  It's a tax deduction after all and supports a wonderful cause!  (oh, and this pillow comes with the quilt!) 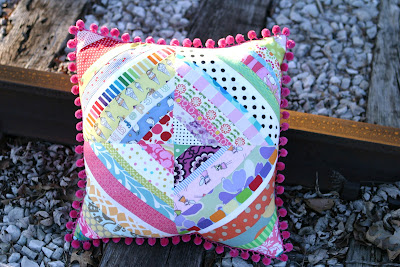 Fingers crossed for a fun Gala full of generous bidders!

What started out as one quilt block made from scraps and a plea to have some friends help make a few more, has turned into one incredible quilt, full of stories, that is ready to be auctioned off at The Night Under the Stars Gala benefiting the Heroes Foundation on Feb. 25th. 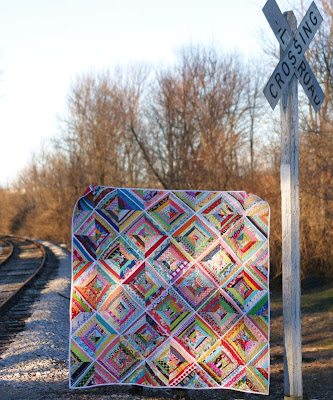 I dragged my Dad (and his camera) over to the railroad tracks by his house to take some fun shots.
(Thanks, Big John!) 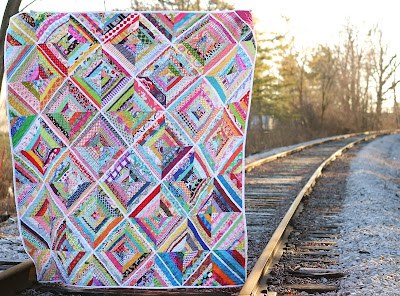 Ok, the quilting on this is just amazing!!!!  Tammy Lawson, of Indianapolis, Indiana, home of the Super Bowl, what what, offered to donate her time (4 hours!), her batting, her thread, her long arm quilting machine, and her skills to put this quilt together. Watching her free motion quilt this was mesmerizing!  I can not comprehend how she quilts this without drawing the pattern on the fabric.  If anyone in the Indy area needs long arm quilting services, contact me to get Tammy's info. You will not be disappointed!  She even let me sew on her machine while I waited.  We called it a Sewing Play Date! 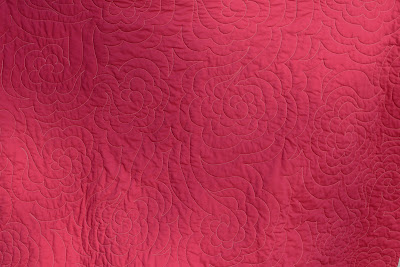 Check out this video I took of Tammy in action....
I LOVE the little ribbon block that Charlotte of Lawson and Lotti made.
It makes a statement without saying a word! 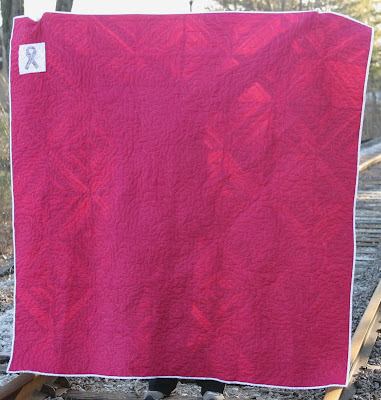 If you made a block(s) on this quilt will head over to Flickr and tag it here?  It should be fun to see everyone on there.

My friends in charge of the auction thought a throw pillow would be a nice addition to the quilt.  I chose 4  blocks that were extras sent in that I thought went nicely together and made this pillow.  I put pink pom poms around the edges and now I don't think I'll ever be able to make another pillow without them.

The silent auction committee thought it would be nice if I would write up a little somethin' somethin' about this quilt to put in the brochure that everyone will receive the night of the Gala.  Here is what is submitted:
When I first became involved with the Heroes Foundation Silent Auction Committee, I knew I wanted to make something special to donate to such a wonderful cause.  Modern Quilting is a passion of mine and I thought this would be a perfect opportunity to use my art to raise money for others.  I posted a request on my blog asking my sewing bloggie friends if anyone would be interested in helping me make this quilt. Each person could make one quilt block using their scrap fabric and send it to me with a note telling who their block was in honor of.  I was very nervous that no one would want to help me.  To my surprise, within 48 hours, 45 women had responded that they would like to contribute.  Not only did these women send one block each, but many sent two!  Coming from as far as Australia, the stories behind each block will tug at your heart strings!  Some blocks are in honor of lost parents and spouses, some are in honor of those currently fighting, and one is even in honor of herself, a woman currently going through chemo and radiation.  This quilt has helped me see that cancer does not discriminate.  Everyone all over the world is fighting this ugly disease and the 46 of us hope that we can use this disease as an opportunity to make something beautiful, that will hopefully raise money for those who need it.

Blocks have come from: England, Australia, and The United States (Indiana, Illinois, Alabama, Kansas, California, Pennsylvania, Georgia, New Hampshire, New Jersey, Utah, Florida, Missouri, Kentucky, Tennessee, North Carolina, South Carolina, and Texas.)﻿
***Thank you all that contributed.  I am honored to have put this together. I will report back w/ pictures from the Gala and hopefully a large dollar figure that this quilt has raised.  Fingers crossed!!!***
xoxoxo
~Val~
I've shared this quilt over at String Thing Along.  For other great string quilt ideas, head on over there!  I'm also linking up over at Made By You Mondays @ Skip to my Lou and was featured on Quilt Story!